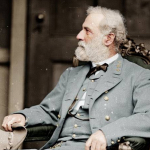 Ishmael have time to chat?

Hey Ishamel. I was wondering if you could unban me on your British First Division wiki. I got an email saying I was banned, and I want to change that. Thanks.

get on chat when you can.

Get on the secondary chat pls ~ Mark Ironskull

Since i cannot contact you on your wiki, would you mind removing the block on my account, given i did nothing, thank you very much and have a good evening

Ish, this is getting real old. I reccomend you unblock my ip before Goldtimbers does it for you.

I am ready to give up this pursuit and wish to schedule my upcoming death to now...only you and me...its personal that way and no matter what they say I am not dead only somebody who wants this to actually end.

I await your answer

Mr Venables I am Jason Warmonk and I wish to speak with you on an important matter as I am a emissary as such. I have been sent word to contact you in friendship and to talk privately about something you know much about meet on British Black Guard Thank you. --Jason Warmonk606 (talk) 23:21, September 6, 2014 (UTC)

Retrieved from "https://potcoplayers.fandom.com/wiki/User_talk:Ishmael_Venables?oldid=711096"
Community content is available under CC-BY-SA unless otherwise noted.