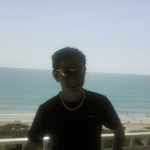 Blocked from the Wiki
648 Edits since joining this wiki
November 27, 2011
0 Discussion posts

Hello, Bro! Check out the new EITC Comedy series! You may even qualify to be an Editor! Oh and also check out next weeks preview on the page! the clips are HALARIOUS! subscribe! (Leave Comment)

FIne I shall add ya to my good friend list. :D

Using the Admin Tag without being a Sysop of this Wiki is against our direct rules, adn can result in a punishment. Kat has removed it from your page, please do not put it back. Doing it again can result in strikes or blocks.

Because Jason99Eitc has broken one Rule(Vandalism) but not one of the more majoy offenses which occurs with a ban,we suggest that Jason99Eitc thinks before editing or commenting for a while to prevent Jason99Eitc from being blocked by an Admin

Jason, I wanted to tell you the truth about why sometimes I'm mad and other times, I'm not. Samantha was with Roger. We had family times and everything, no wars, just, love and a peaceful family. Then, you came. I don't want you to feel like something bad! I adore you! It's just it. It will take some times, and since you are a father of more kids, now.... well, you know, more family time would be appreciated... I know being a Lord is important (honor to your country who you fight for for three years now) and I know it's less boring, but you don't know what it is if you think that way. I'm sorry for everytime I made you mad, I made you smile.

A guy comes. He attacks Samantha, saying she killed his sister. It's false. She didn't do anything. A war begin, against Samantha, without any reason. You try to stop it, and the only person who can help you win, is offline. Your dad tells you will win, but still. They're all mad at the one you love. What do you do? It is the same as the case of Warhawk and Ham! And Ishamel isn't easy to make his mind change. They tell me good luck, that I'll never succeed. Well, Jason, I am right. About Pears and about the war. And it's the same with Chris Warhawk. He didn't do a thing! Everyone is mad at him, but why? I asked some of Ishamel's army. They don't know! First, that makes bad soldiers, second, they get all confused, third they can reverse against us, forth, they don't even know how to got there. It's between Ishamel and Chris and if something must be done, it's just their PvP and FINISH, we don't talk about it anymore!

For Pears, HE MADE ALL HIS POSSIBLE TO LOSE THE SVS!!! He wanted to lose, WHY?! Get it?! If he really wanted to get out of Delta, and be part of EITC by the same way, he wouldn't have kicked me out of the ship. He would have asked me to get some EITC there. Do what you want. Just read the P.s. part.

User page copy much - You can't be watching me if I already put it on mine! You little rat!

Hello, Jason. It is me, Mikhail Volkov (Roger Decksteel). I knew of your little "plan" to hack my accounts, your little Foulvane friend sang like a canary. I also knowthat Mr. Sven and Mr. Hippie were also involved. That's pathetic. What makes it even MORE pathetic for you and funnier for me, is that I was banned because when I was away, my friend hopped on my computer and engaged in that "inappropriate activity". You're a failure, Jason. Good luck trying to "hack my account".

I Will Be honored to take jason

i would love to take jason off ur hands, if you want him back any day or if u change ur mind u can always tell me. go on chat so i can know the user and pass Lord Jason Blademorgan of England

Hmm.... i saw the page you were hacked on..... i met you on the game like maybe 1 -2 weeks ago..... you said you did not like squid kissing me in public and crap like that... were you hacked when i came on that day? or were you just being an ass ( please dont take that the wrong way if you where ). Also i got your message that you lost every thing what happened? Explain.

Well...this is creepy, but your really cute in real...

Jason, your chat ban ends on May 28, you have been told this so stop asking to be unbanned.

I see you are cursing again, and I know for a fact that I have already given you some strikes for this. Because I am not completely sure if it has been 2 ( which I highly suspect ) and it has been a little while, I am not banning you, but this is your final strike before a ban. Stop cursing and losing your temper over small things on the wiki please.

I see you are cursing again, and I know for a fact that I have already given you some strikes for this. Because I am not completely sure if it has been 2 ( which I highly suspect ) and it has been a little while, I am not banning you, but this is your final strike before a ban. Stop cursing and losing your temper over small things on the wiki please.

Its me Jason you won I dont give anything about samantha I just want to say sorry to her but shes yours and I hope that you udnerstand this General Jason.

THANKS, A lot Jason. I thought ye "loved' me. I was gonna give you another chance. But, I guess ye don't really care too.

Retrieved from "https://potcoplayers.fandom.com/wiki/User_talk:Jason99Eitc?oldid=545884"
Community content is available under CC-BY-SA unless otherwise noted.