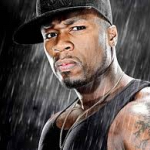 aka King Yellowfish I

WILLIAM SHORE GO TO THE CROATIA WIKI LINK ON MY PROFILE

I made yer sig!

Btw, I love Sid Meier's: Pirates! as well! It's an awesome game.

David Yellowfish has a strike

I'd very like to speak with you about something.

I still need to chat with you. It's very urgent, and I'd appreciate if you get back to me with a time.

Hey David!!! I was just letting you know that you are still Viceroy of Austria!! Also, I am your cousin in roleplay so can you add me to your "Royal Family" page!! Have a good night!!! :) --

Hey David! It's me, Hannah Bluefeather! I wanted to thank you for taking a screenshot of my pirate! It is really cool! :P About the meeting, sure we can have it soon! When and where do you want to meet? Let me know soon! Thanks and have a good night!!! :)

We've had a lot of good memories. If you play LOTRO we could hang out on there, and ESO too when that comes out. So, maybe it isn't goodbye, haha. Even if is, I feel that it's been a good ride, and satisfying in the way of a good ending to a good book :)

A RARE JAROD SIGHTING! NOBODY BELIEVED ME UNTIL NOW!

Grow up and Move on.

You're pretending to takeover countries on a website about a non-existent game. So congratulations, you are REALLY important. Here's an idea, go out and make something of yourself rather than fighting wars that mean nothing in a world that doesn't exist. Oh and by the way if you took over Prussia than I "took back Prussia and then went and took Switzerland and then took over the rest of the world." So I "win."

Blasty, a person who gives not a single crap about your RP world.

Hey David, it's been a while since we've talked. How's life been since PotCO closed?

Life's been pretty nice. It's sad that PotCO was shut down, but it'll always live in our memories (plus, we have lots of videos and screenshots of it xD).

Yeah, being in The Outlanders was pretty cool. It sucks that Disney took that away from us, but we'll always have the memories of being in the guild together (and the virtual documentation on the wiki :P). Anyways, you should come on chat sometimes so we can talk more often.

We should hang out sometime on LOTRO. I am Arohir on there and I play on the Riddermark server.

If Pirates Online Rewritten comes out, I don't plan on making another Brethren Court. I think that the Brethren Courts should be retired since the original POTCO is gone. However, I do plan on playing the game.

I don't know if I'll want to make a remake of The Outlanders, but I'll probably make a remake of one of my favorite guilds that I've lead. However, if I do I won't be roleplaying; I'll be playing POTCO the way I did 2007-2010.

Probably either The New Brood or Pirate Torrture, two earlier guilds I lead in 2009 and 2007-2008 respectively. I hold very fond memories of both as compared to The Outlanders and would feel better remaking one of them instead.

Retrieved from "https://potcoplayers.fandom.com/wiki/User_talk:King_Yellowfish_I?oldid=689393"
Community content is available under CC-BY-SA unless otherwise noted.