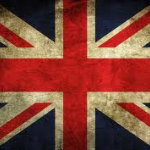 Message From Liz, MEME by me

On chat. Its about Potbs

Well, I got your message, and hope you can return soon; our base is quiet with only one Minenaut snooping around :(. But, unfortunately, I have been very busy, as I am moving half way across the world in six days, and have had much to do. However, I have tried to stay up with MC is much as possible. The base is doing fine, and everything is in tip-top shape. It brings me sadness to say, however, that I have had no time to add on to the aquatic base. Rather, I have focused on more important matters, to keep the base in a good standing. I have supplemented our wood supply, as you said, and in addition have also increased our rations in the fridge, and have done some mad mining. We currently have a surplus of coal, redstone, iron, a healthy amount of gold and other valuables, and even a handsome plethora of diamonds. That is really all to report. I hope to see you again soon, and hope your computer issues subside. Until then, fair winds, and hail the mighty Minenauts. :D

Cad do tell if you have a Skype :D If not. MAKE ONE. MINE IS oogoldtimbers

Adding a message to an old friends talk page

Hey Cad! I've returned to the Caribbean after a long self proclaimed exile. The death of the Republic hit me hard, it was my duty as scm ( or Lord, after Hawkeye joined ) to keep the guild alive. Im stuck in the past, the Republic was the longest I've spent in a guild. She may be dead, but I still respect her. Anyway like I said, just wanted to let you know that I'm back... Wish you and everyone else was here with me.... Change sucks doesn't it? Well, it's good to be back anyway.

I was browsing the wiki when I stumbled across the British Trade Union page and would like to apply for the position of secretary. I am a loyal British subject and have provedmy self many times to be loyal to the Country and the Company.

Christmas may be over but it's never too late to wish everyone a happy holiday season! 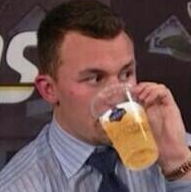 Retrieved from "https://potcoplayers.fandom.com/wiki/User_talk:Lord_Caddius_Bane?oldid=752044"
Community content is available under CC-BY-SA unless otherwise noted.