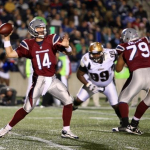 Hey Ned, Its yer old friend Nate Crestbreaker. I accidently removed you an wish to se you again! Just nam a time and place where we ca meet!

If you wanna another chance

If you wanna another chance with the Court, Here it is. The 8th Brethren Court: The Final Spot Contest

I am good friends with Hannah Bluefeather. In fact, she starred in my first POTCO Youtube video. Hannah is Empress of Austria, so I can talk her into giving you Bohemia.

Retrieved from "https://potcoplayers.fandom.com/wiki/User_talk:Ned_Daggerkidd?oldid=691349"
Community content is available under CC-BY-SA unless otherwise noted.