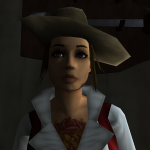 Just so you know, at this time, Great Britain owns Ireland, so I'm not sure how your a princess. However, if you want to be a princess of Ireland, I have a spot for a daughter xD rofl

The code is {{User:Princess Carly of Ireland/Sig}} Go to prefrences, scroll down to Signiture, click "Custom Signiture" Then copy the above code into the box.

Here is your sig! Princess Carly, of Ireland

Security for the Wedding

Your Higness - I have assembled a security take-down team for the wedding. I will be asking for volunteers and trainess. Please message me back for further details and how you want it arranged.

Thanks, and all of Russia will be Present.

Userbox and something interesting...

Here is the userbox

And also I wanted to show you this interesting picture... 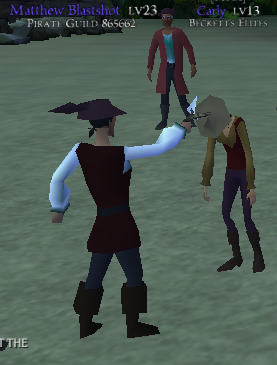 He was trying to get me to surrender and go to jail on YOUR order to detain me. He shot and I was the one who revived you. He shot again and I revived you again. I then left so he wouldn't harm you anymore. You're welcome

hello young lady what time is the wedding and sever and were at im garland grandson Captain lord jason blademorgan 17:32, September 15, 2011 (UTC)

You cant come Pesky pirate Jason blademorgan :) Also Thanks so much for the userbox

who put the nick richard and i at tormenta pic...?!

Hello, Carly Ive seen you Lots on my page but do you have your own page if not you should make one!

You should probably send your signature request to Jack Pistol. He is better at making fancy sigs then me. But I will still do your userbox.

i read yout message to jason and his to you and i am willing to help. there is already a userbox for royalty {{Royalty}} is the code i believe. not all fonts work on the wiki but i will try find 1 you like so just contact me when you are online :P

John is Somewhat inactive until after Thanksgiving. So yeah don't expect a reply. Also Great Britain is Scotland, Ireland, Wales and England. All controlled by John. It is technically impossible for you to be Queen of Ireland due to the Fact Ireland is not independent. Ireland is apart of the British Empire. Breasly is technically King of England, Wales, Scotland and Ireland. All united under Great Britain.

Technically you would be the Viceroy's wife. But, yes, that's fine if your married to him :)

Saw that you wanted a different picture on ur sig, here it is

Retrieved from "https://potcoplayers.fandom.com/wiki/User_talk:Princess_Carly_of_Ireland?oldid=432132"
Community content is available under CC-BY-SA unless otherwise noted.