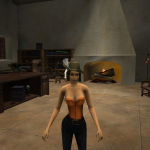 Tell me all you can about music and playing your instrament. 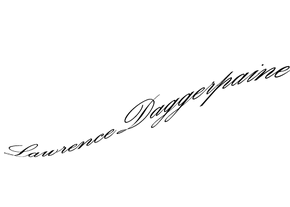 Sorry that it's taken so long to reply. Yer in :P

Pictures from the Crime Scene

These pictures are from the site of the crime.

Hi! Sorry, but from now on when you leave a message on someone's talk page, you must sign. I didn't know who you were for some of my messages! Sorry! Prince Roger DecksteelOf New Russia @The Russian Government

Re; What you told me on Chat

Well, Bounty Hunter Bill is in the Gen. Of Peace, what guild are you in right now? GenLawrenceGuild

Worry not, Samantha. I'll return to the game in about two weeks! Perhaps on January 1st.

PLEASE PLEASE ADD ME ON YOUR FRIENDS :D

Remember me im jack bladesteel? we used to date a long time ago i may be wrong tho but i remember lucky being my child at one point.

Hi! I'm just testing something out for a new signature.

Your BFP portrait has arrived!

Lol, double nvm, sorry if it's a bit far away.

Hi Samantha I wish for you to see this blog. http://potcoplayers.wikia.com/wiki/User_blog:Marc_Cannonshot/Chanclor_of_the_Crown_Colonies_Marcus_Robert_Burgess

I wanna be a billionnaire... no seriously I wanna meet the father of Matt, but Matt is considered ' ungraceful to the family ' ( like me woo! lol). I left a comment on a thing of his dad, because I haven't find his page. Do you think it would be a good idea? If he says yes, I hope he won't hate me beacause of his son... that would be sad, right? Well, good day, dear mom :)

Im not happy about you and Jason getting married grr....

P.S. I dont like Rage on the end sounds to mean!

P.S.S Rage is for angry

P.S.S.S Rage is also for disgust.

You're not allowed to upload personal photos. It's against the rules. PLease remove them. --

Our rules state that you may not upload pictures of yourself in real life. This is to protect the identity of our users. Screenshots of the game are okay but not yourself. I have deleted the images. --KatBlueDogHiya! 03:07, March 11, 2012 (UTC)

Remember me im jack bladesteel? we used to date a long time ago i may be wrong tho but i remember lucky being my child at one point.

I just saw that.

Who is that guy?! My father is always Roger Decksteel, whatever happens! Who's that noob?!

Ahoy, its Tyler Crossbones. Are you on Potco? I was wondering because something ha happened in your family that must be told to you. tp to your son Ishamel if you come on, I am with him.

Captain Kwagar is apparently head-of-state of Norway, I see.... Don't do business with him. He's shady, and has a bad past. Don't trust him.

Ok, good. By the way; please create a new heading when updating mine or anyone else's user page, and make sure to sign them with a signature or by simply typing your name. Thank you!

So, put your cursor (blinky thing) at the last word of the last message updated to your talk page. Click enter twice, and then click the font styles (it should say Normal t...) and click Heading 2. Then type the subject of the message. i.e: The subject of this message is "how to:". Good luck!

Work on recruiting for the guild, good levels, and remove anyone under the level limit, or anyone helping Pears, if invited. If there's time to spare, work on getting the uniform if you don't have it already. There will likely be an SvS tonight, depending on who's online, but I'm aiming to have it around seven or 6:30 tonight if it's to happen.

By the way, the time I gave you is Central. -Madster

Also the empire has its own wiki Potco-empire.wikia.com

I, Tyler Crosssbones, personally invite you to my wedding which will be held on July 14, 1745 at 9:00 AM PST inside Fort Charles Hassigos.

You are SUPER pretty and I absolutely LOVE your glasses!! =) Wish I looked like that :/

I would love to look like you, cause you are full of NATURAL beauty (^^) whereas I have to wear tons of makeup to look even slightly decent.. Be proud :D - Kitty (talk)

Hey Samantha we met yesterday. I meant to friend you, but meeting me online is up to you. :)

LISTEN, Sam, Ishamel is yours, and I never intended for me to take all sides of him. Your his Mother. And I won't let him run from you, there is no need to unleash hell on something there's nothing to make a big deal out of. He's your's Sam, but he asked me to be his father because he didn't want one so I agreed. But since you were his I will step away from this matter, as the kind of Gentle man I am. Yu and him talk about this, I have no play in this, because you were here first.

Truly yours, from the desk of,

Hey, it's Luckey. If you wanna join a new wiki, this one is cool. http://the-cheese-club.wikia.com/wiki/Special:WikiActivity. Not a lot of people right now, but they usually get more people later in the day. Bye!

Hey, we haven't spoken in a while. We must? certainly catch up! Join chat later today.

Bahaha, remember ol' Charrygnard? Hey Sam! It's been so long since we last spoke; if you still hang around on the wiki, I'd love to be able to catch up with you. I immediately thought of you when I heard the wiki was closing. I legit couldn't live with myself if I let the game shut down without saying a few words to you, Richard, Nick, and Lord Carlisle. You were one of my best friends. Hope you're doing all right, girl. See ya soon!

Do you get on Facebook often? I'll message you there so we can keep in touch :)

I know you may have deleted your POTOC wikia page thing by now. But please, send me your FB if you ever see this.

Retrieved from "https://potcoplayers.fandom.com/wiki/User_talk:Samantha_Goldshot?oldid=734059"
Community content is available under CC-BY-SA unless otherwise noted.