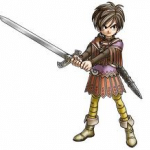 Welcome to Pirates Online Players Wiki, and thank you for your contribution to the Talk:Stallion page! There's a lot to do around here, so we hope you'll stay with us and make many more improvements.

First, Please Please read the Rules and The Code!

Wiki Activity is a great next stop, because you can see what other people are editing right this minute, and where you can help.

After this, there's tons more you can do!

Need help? Ask An Admin!!! We have several admins here, and they are all willing to help you!

It's good to have you here, and we look forward to plundering with you!

—from The PPW's Community and staff!

Your recent picture of the Pirate is Captain James Sterling, just so you know,

yes i know i was excited for the game to come out but when the cancelled it it was the biggest disappoitment of my life so i used the pic as a tribute to himPiratedude4 23:59, June 4, 2011 (UTC)piratedude4

Welcome Back 2 the wiki! :) As u can c I have gone through some changes in my attitude, I used to be a loner, sole wreslting fan to a more energetic InFamous(1/2/3) Fan!

nice to hear from you again jim!

U know u could put a message on my talkpage right? xD But its good 2 have u back on the wiki. Also I have created a new wiki where you can create your own wrestler, and I can put him through various storylines. Here is a link http://hardcorechampionshipwrestling.wikia.com/wiki/HCW_Wiki

Please do not create/modify any more Pages which are too modern and are out of the game's time span!--

From now one please do not make a role play page ie. Germany declares on Spain without asking an Admin See here---- Tama63 Talk

Are you that guy from Co. Black Coats, Stallion?--Shade

I just wanted to know what it was called. Even though your reply was on the game, you could TRY to be more polite.--Shade

I could advertise the video :P

Also, you should be flattered people want to see your video, rather than having a meltdown when someone asks you for the name.

Now, what is the name?--Shade

Well, it would have ended a lot earlier if you actually told them what it was called.

I just want to see it and to make sure you're not ridiculing me on it.--Shade

Then I guess the comedy will help :P--Shade

Please take part at Forum:Admin Review:Tama63 as well as looking at this

Many Thanks-- Tama63 Talk

Good to know. What is it called? :O--Shade

Can't exactly subscribe to you if I don't know your YT channel… Any other vids you've made?--Shade

I'll fight Marc Cannonshot when I want to. Hes on my friends list.

No I'm not that insane lol

Do u hate me or somthing? I put up a funny pic on that blog page and u say its 1 of u killing me? Wat is wrong with u?

I know that dude, I gave u the banner so you can Remember Fred.

The Best In The World

So uh, like put it on ur Userpage, ur Pirate page, etc. I would put it on my pirate page, but Userboxes and Pagebanners screw up my page.

The Best In The World

Your into Kingdom Hearts now arent you?

The Voice of the Voiceless

Sure grant, what font and size u want ur sig?

Retrieved from "https://potcoplayers.fandom.com/wiki/User_talk:The_Celestrian_Hero21?oldid=439665"
Community content is available under CC-BY-SA unless otherwise noted.