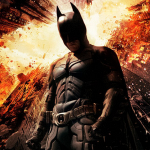 Hi, welcome to Pirates Online Players Wiki! Thanks for your edit to the James Warhawk page.

Hey Warhawk! Its me! Slappy!

Hey James. Its me Slappy. The guild name was Eitc Umbra which is actually EITC Shadow. So yah, thats the guild name.

do you REALLY want to go to war with the Death Eaters?

I'm busy on a Guild situation that time. Please choose another.

I'm not sure what time would be good. I'll see if i can find a good time later. Im busy at the moment.

Why don't you make a War section on your page talking about our rivalry.

Btw, Why don't we both show up ALONE at the shipwright boot at Tortuga Vachira.

what you asked me

you asked me online if you could be an admin. sorry, but pizzaman is our next admin.

A little too far

Your going a little too far with all that Mario Stuff. Of course, i have some player names from harry potter, but at least i dont make stories named after video games replacing Mario with James. I'm not saying to stop its just weird.

WHY DID YOU LEAVE THE DEATH EATERS? YOU AGREED YOU WOULD STAY TILL WE DELETED YOU! MAD!!!!

You did a good job with the James Warhawk page, infusing Armada of the Damned with Raven Cove and other stuff. I skimmed through it, but I like the references you made. I still think you need to adapt when the game comes out. Things like the Nemesis being taken by Jones and the EITC is a bit far-fetched. - Lord Midhav 17:18, August 9, 2010 (UTC)

Sorry didn't get that in time.

Message me if your there.

heres my idea. we could make a guild together but idk about the name

How about Symbiotic Chaos?

ok here is how you make a poll.

then, on the next line, you put the title of the poll

and on the following lines, put one possible answer per line

finally, on the next line, type this:

PPS remove the spaces in the codes i gave you

PS: without proof, non admins should not "Tell on" another user

i dont think you were here when the thing happened

listen warhawk. stop this. if its true, then ok. but stop. i dont appreciate this, and if aqua and sea read this, i dont think that they will like it either.

james you believe ghost to!? So do i have you seen any ones in real life, i have not. Have you gone on ghost hunts?

cool, what ghot group are you in? I might be going on this hunt where they head peoples names called and children laughing. the person who owns said when she was in her house she heard ragtime music coming from her house up stairs. and her house is somewhat new sonds like to me the ghost followed her home.

have you been able to comunicate with ghost?

Hey James I saw that you were talking about me to Pip about me actually being Aqua, Shadow Guardian/Darkside Muertos. No offense but your and idiota, I am me. And Shadow/Darkside, is just some dude from my old town who had an issue with me for no reason, so he decides pretend to act like me so he can get me in trouble. And dude, I'm am not Aquatika either, I just became friends with her in the game like three months ago. I am me, nobody else! Idk whats your problem is James, but you gotta stop it. besides how the heck could i be anyone else when i'm barley getting onto the computer cause i'm getting ready for school on Tuesday. Oh and about the Player friendship thing, that was my stupid sister, you know the same one who somehow changed my D name that I punched her teeth out for doing it. She was the one who removed you, i had no intention to remove ya from my list. She thought that since it was she who started it, she wanted to end it so that way i don't have to hurt her anymore. Plus I'm UNLIMITED ACCESS, so how could I be anyone else if they were basic, cause when i met Aquatika for the first time ingame, she was basic. So guess what, I'm am nobody else but me. And if you think otherwise, you are nothing more than a ignorant prejudger.

P.S. What is it that made you think like that? Just because somebody else is around during the time I'm usally around doesn't mean we're the same person. Great now everyone is going to think the same thing because of you. Gee thanks James, your a real friend (NOT).

np. and um, im about to email you some stuff that only admins can know......

Francis was right, the Francis Brigade is larger then my forces. Tell him that i have declared peace.

Sorry about writing on your page : L. But dude, seriously, chill with the whole Warhawk Inc. thing. You were acting like a jerk because of it, and what is money without friends to share it with?

Retrieved from "https://potcoplayers.fandom.com/wiki/User_talk:Warhawk1?oldid=10595"
Community content is available under CC-BY-SA unless otherwise noted.