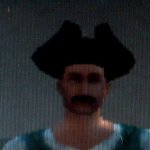 Ideas what to Send Me

I am aware that this account you are now using is a sockpuppet of THE LOOTERS, I have already informed Stpehen. Please try to follow our rules.

This has already been dealt with, he requested to switch to this account. Btw . . . "We fight"? xD 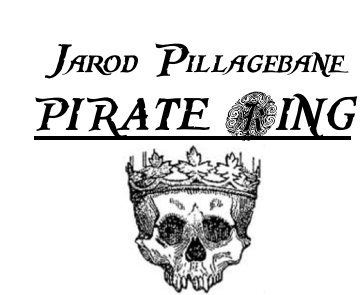 Ahoy I didn't see you had an account! Come on POTCO I have a business offer to discuss.

You have been told on numerous occasions to stop claiming you're the "lord of Abassa". It's a server belonging to the game, not you. You were told to stop, and the fact that you just dismiss the warnings and continue doing it makes you look like a troll. Continuing to do this will result in your 2nd strike.--Parax

Both Matt and myself informed you of the rule, and yet you ignored us. You then said "Who cares?" and, as I am a mod who cares about the rules, I kicked you.

That's not how the kicking system works. And besides, I haven't even kickbanned you. I will if you come onto chat again.

Don't act like I'm some mentally retarded little kid. I am probably way older than you, and you have not been here very long. I've been here since a year before you, on my first account.

Stop acting like an admin. Long articles don't need to have an article for each chapter, that's a ludicrous waste of space. You're not a "Lord of Spain," ao just stop with your act. We have a rule about not claiming false titles. Continue and I'm writing your ban request.

Oh don't worry, maybe you can drown out your tears with some Kidz Bop and another Boys' Night Out.

When shall the first battle be? Oh and if you could, get 7 more edits to pages so we can talk on chat not talk pages. I await ur SvS.

I'd like to schedule the SvS Monday 4:00 PM EST Failure to do so will result in another loss of a city in Scarletmerica Emperor Albert Spark I Of Romania 20:07, June 8, 2012 (UTC)

Congratulations. Let us be friends, eh? Maybe I can give you some land if you work for Romania.

No offense, and by that I mean "with the highest offense possible," are you stupid? We are not affiliated with The Walt Disney Company, in ANY way, so you're really just falsely reporting. You don't run the show here, yet you act like you're the hot crap. Guess what? You're not, veterans of the game like me, Pearson Wright, Matthew Blastshot, and most of your other haters ARE the hot crap. Now shove off and stop embarrassing yourself. You realize all those comments on your guild page are MOCKING YOU? Every single on of those "requests" to join is an insult, and you're just too thick to figure it out. Stop being such a pompous fool, get a grip on life, and most importantly, grow some balls and stop crying when you lose.

Your insolence and disregarding of the rules have earned you another strike.

Acknowledge this as your second strike. If you get a third strike, you will receive a temporary ban. Enough bans and you'll eventually be banned permanently. Now get over yourself, grow a pair, and stop acting like you're superior to everyone else here, or we're going to make it hell for you here.

Retrieved from "https://potcoplayers.fandom.com/wiki/User_talk:Will_Greasescarlett?oldid=610923"
Community content is available under CC-BY-SA unless otherwise noted.